The Taste of Florida Agriculture reception, held in Tallahassee on March 8, brought together friends of agriculture from every corner of the state for a night of fellowship.

The reception is hosted by the Florida Farm Bureau as part of its annual Legislative Days event. Booths were set up between the historic Florida Capitol building and the new state Capitol. Each booth highlighted a different Florida agricultural product. There was corn from Belle Glade, seafood from the Gulf Coast and much more.

Aside from the good food and friends, the reception celebrated Florida’s agriculture and its importance to the state. Florida Farm Bureau President John Hoblick and Florida Agriculture Commissioner Adam Putnam addressed the crowd. AgNet Media caught up with Putnam after his speech at the reception.

“We’ve got a fantastic turnout of farmers and ranchers from throughout the state,” Putnam said. “The courtyard is filled not only with Farm Bureau members, but also with legislators and staff and the public.”

Putnam said the reception gives Florida farmers and ranchers a chance to interact with legislators in a social setting and discuss with them the issues affecting their livelihood. The night was about “showcasing the bounty of Florida and being able to highlight some of the issues that are our priority,” he said.

Putnam went on to explain that this isn’t only important once a year; farmers need to constantly be telling their story. “The constant level of awareness has to be raised by our farmers and ranchers,” he said. “Remind people that the same wonderful climate that makes this a destination for people to come to the beach and play golf in January and visit our state also makes us a competitive leader in agriculture in the winter months.” 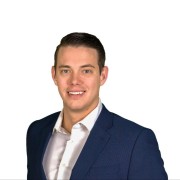