The University of Georgia (UGA) recently put a new viticulture team in place and hired new professionals in response to the continuously growing interest in the Georgia grape industry.

Cain Hickey, UGA viticulture Extension specialist, discusses the growing grape and wine industry in Georgia. Two of the main goals of the UGA research are to improve crop yield and quality, he says. These goals do not differ greatly from the goals of most applied viticulture research. Hickey says that crop quantity and quality are both equally and economically important in the industry, so it is best if they can be tandemly improved, or at least improve one without limiting the other.

Hickey says one of the current areas that his research team is working on is evaluating the benefits of fruit-zone leaf removal in the southern-most region that European wine grapes are grown in northern Georgia. One of the benefits of fruit exposure from leaf removal is that fungicide coverage on the fruit is much better compared to when leaf area is covering the fruit zone. Due to better spray coverage as well as reduced drying time, fungal diseases are often better controlled on exposed fruit. Exposed fruit also generally result in improved wine quality compared to shaded fruit. Because of these positive responses, fruit-zone leaf removal has great potential to be a perennially used management strategy in the humid regions of northern Georgia and the southeastern United States, Hickey says.

One of the main limitations to southeastern viticulture is a xylem-limited bacterial disease called Pierce’s disease (PD). Viticulture breeders are working to create varieties of grapes that tolerate PD, and they’ve had some decent success. In spring 2018, the UGA viticulture team will be planting PD-tolerant bunch grape varieties that were developed at the University of California-Davis. Hickey says he and his team look forward to field-testing these varieties throughout the state to evaluate their tolerance to PD.

“We are also interested in evaluating their relative tolerance to the common and persistent fungal diseases, as well as their relative fruit quantity and quality,” Hickey says.

Northern Georgia, central Georgia and southern Georgia are the three main growth zones. These regions differ in climate and relative suitability for certain grape varieties. In northern Georgia, it is more typical to find common bunch grapes for wine production, such as Merlot and Chardonnay, in addition to traditional hybrid grapes like Traminette and Vidal Blanc. In central and southern Georgia, one would find PD-tolerant hybrid bunch grapes like Blanc du Bois being grown, but muscadine grapes, used for both fresh market and wine production, are also widely grown in these regions.

UGA’s viticulture team helps get information out to the growing community of Georgia grape producers. The team is made up of a wide variety of specialists, including Hickey, as well as a plant pathologist, an entomologist, and several Georgia county Extension agents. Hickey says the team goes out to speak with growers to be able to understand their challenges firsthand and to bring the science and literature on site to try to solve the challenges.

The viticulture team posts timely information for growers at its blog. Hickey says the team uses the blog to give growers advice on what to spray for different weather conditions and other situations that can benefit the vineyards and the industry.

Seventy people attended the recent New Grape Growers Conference that was targeted at those interested in starting a vineyard and/or winery. With this level of interest, the Georgia grape and wine industry is poised for future growth. 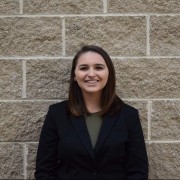