President Donald Trump and Chinese Vice Premier Liu He signed the phase one trade deal between the two countries in the East Room of the White House on Wednesday morning. The agreement comes after more than 18 months of imbittered trade relations between the United States and China, creating a significant strain on the agricultural industry.

“This is a very momentous day for U.S. agriculture,” Deputy Secretary of Agriculture Stephen Censky told AgNet West. “We have really the opportunity not only to regain our exports to China but to really significantly expand our exports and really address some of the market access barriers that we’ve had in China.”

The phase one trade deal also lays out plans for China to implement several structural reforms that have been cumbersome and exclusionary for U.S. producers. China will be expected to restructure some of its sanitary and phytosanitary procedures, as well as some of the guidelines related to biotechnology products. “It does address how China will revise their regulations to come into compliance with international standards. It gives time frames for them to do approvals; time frames for them to approve plants and export certificates so that we are able to export to China,” said Censky.

The U.S. Department of Agriculture will be monitoring the progress made by China in meeting its commitment level for agricultural purchases moving forward, with enforcement mechanisms contained within the agreement. Censky noted that the deal does not contain specific terms for Chinese tariffs, but in order to reach the agreed-upon level of purchases China will need to provide tariff exemptions. The trade agreement is projected to provide a strong starting point for President Trump’s intention to negotiate a phase two trade deal sometime in the future. 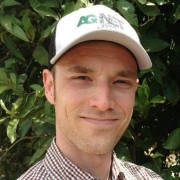