“I had the opportunity to speak on gibberellic acid and AVG (which is aminoethoxyvinylglycine), the product ReTain, and also ProGibb,” said Smith.“I also talked about BluGuard, which is a sealant (a bioprotectant), and its effect on blueberries for crop set and also pack out.”

Smith said that the gibberellic acid and the AVG definitely relate to yield and fruit set. And in order to set a decent crop, growers need to make sure that they have uninhibited pollination. “One of the things that is inhibitory with blueberries is small flowers. They have small orifices, so bees don’t get in very well and cross-pollinate,” said Smith. He added that growers should use things like gibberellic acid, which can stimulate the plant to set fruit.

“The BluGuard, on the other end of it, is at the harvest. So at harvest, when they take the fruit off of the bush, either mechanically or hand harvested, they’ll put it into storage. But when it comes off, the berries sometimes have a tendency to split,” said Smith.

A lot of damage happens when berries crack. Water loss is one major issue. Smith explained that they tested a bioprotectant on the blueberries to see if the fruit had any difference with the cracking. He said they also wanted to test to see if there was any difference in post-harvest and fruit quality.

“What we saw is that there was about a 7 percent increase using a 1-gallon rate one time before harvest in rabbiteye blueberry Brightwell,” said Smith. He added that with the gibberellic acid that was used on Premier bushes, he really didn’t see a very strong response at all.

“The work I presented showed that there was a little bit of positive effect with the BluGuard,” said Smith. He also concluded that the Premier blueberry plant that was tested with the gibberellic acid and AVG didn’t show any greater crop set. 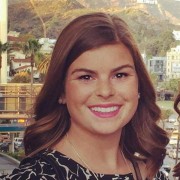